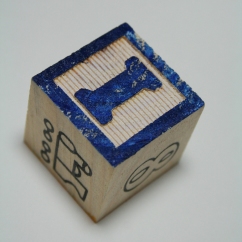 Being a parent puts you in a club so-to-speak with other parents.  For some it was a dream come true, for others a “gift” and depending on one’s circumstances it could be quite scary heading into the unknown waters of parenthood.  When you’ve found out you’re the parent of a special needs child you’re then put into a sub-group of parents that you never asked to join!  For some, after getting over the shock, it can be a relief to find other kindred families who may be going through similar growing pains.  To others it can be saddening or shocking.  As for me, I tend to bounce back and forth between relief of knowing why certain behaviors are happening with my child, and frustration at not being able to handle everything better.  Nevertheless, here we all are in this club.  Now, when you find yourself here, its really a sink or swim situation.  Most people become reluctant experts on their child’s particular type of disorder if they want to function.  Its almost impossible not to be.  A few years ago I just knew that something was wrong with my son.  I knew it.  I would ask family, friends, doctors and everyone said, “he’s fine, really, all kids do that”.  Yeah… I was still skeptical.  I didn’t believe it.  You know how it all those parenting books for new babies where they tell you to trust your parental instincts, well, I could just see the alarm bells going off in my mind.  There was something wrong, I didn’t care what anyone said.  I was determined to figure out what it was.  I scoured the internet for similar behaviors and asked all children’s experts that I came in contact with.  I finally got someone to take me seriously.  It was M’s first preschool teacher.  I asked her if he was doing ok in school one day before picking him up and she said “yes, he’s doing fine”.  I then saw M (through a glass window) begin squealing and running around as the children changed stations in the classroom.  (Transitions.  M still has trouble with transitions to this day.)  I pointed out that I didn’t think that behavior was normal and  without missing a beat, she offered to have him evaluated.  DH and I thought this would take a couple of days, or maybe it would happen the next week.  The very next day he was evaluated and we had a conference with the on-site social worker.  She shared her thoughts about his behavioral issues and gave us pamphlets on various occupational therapies and social therapies in our area.  Hooray!  We had a piece of information!  It wasn’t a diagnosis, but it was a place to start.  We received information about a special needs pre-kindergarten and M tested into the program.  Finally, we were going to get some help!  The program was amazing.  M was doing things that I didn’t think we were ever going to get him to do.  (Like sitting in a chair for circle time in class and learning to hold a pencil correctly.)  Towards the end of the year I asked the social worker there if she thought maybe he had ADHD or something similar.  That afternoon M came home with a stack of papers on Aspberger’s Syndrome.  (The school is not allowed to give a diagnosis of course, but this was her way of pointing us in the right direction.)  M had everything on the list.  Every single symptom.  Things began moving more rapidly after this and I found a great autism support group for parents and play group for children.  I found a behavioral pediatrician to receive a medical diagnosis.  We began private therapies and M received an IEP for kindergarten the next year.  Whew.  It was a lot – a long road and it had just begun.  I mention all this because even though I “know” so much about what is going on with him, it doesn’t always click with me right away.  For instance…. impulse control.

M has always had difficulty with self-restraint if its something he really wants.  When he was 3 it was strawberry syrup so we had to stop buying it because he would sneak into the fridge to get it.  When he was 4 it was wandering off – extremely dangerous, so we installed an alarm system and put locked gates around our house.  Now, its video games and granola bars.  While not as dangerous, its still frustrating.  The games I am working on – we have our schedule sheets that the children follow and it helps.  The granola bars…I dunno.  I may have to lock them up.  I’m not sure.  I just find it fascinating that often I can’t spot an impulse problem with M.  How can I not see it??  Is it because he is older and its just not the first thing I expect him to do?  So, my first impulse is to yell.  Its as effective as talking to brick.  I don’t recommend it.  My next step is going to be putting a meal plan on the fridge so that M knows when meals/snacks are going to happen.  I hate to feel like I’m structuring all the children’s lives around M’s issues, but it helps him, which keeps things calmer for everyone else and maybe it will help them as well.  Schedules, lists and calendars have always helped M to feel more grounded.  He can see what is coming next and its not a surprise.  This may work or it may not.  My particular brand of parenting seems to be a lot like running with your shoelaces untied.  I get a few good running strides in until I  trip and fall on my face and and then I get up and do it all over again.  Its a good thing I’m naturally tenacious.  Its a good thing M is so naturally forgiving.  Its worth repeating…impulse control is hard.   Transitions are hard.  Both may always be a problem.  Hang in there folks.

I'm a blogger, fangrrl and former corporate urban-dweller. Now I'm all "grown up" living (nearly) in the suburbs trying to figure out this thing called parenting without losing my mind or having to make rainbow colored pasta. I have 3 children (one with special needs) and a hottie husband! ^.^ I blog about autism, anxiety disorders and parenting multiple children in the home. Let's chat! View all posts by Kelly

chicagohardins@gmail.com or find me on Twitter: #IamAFierceMom
Girl Scouts of Greater Chicago and Northwest Indiana Blog

O at the Edges

Musings on poetry, language, perception, numbers, food, and anything else that slips through the cracks.